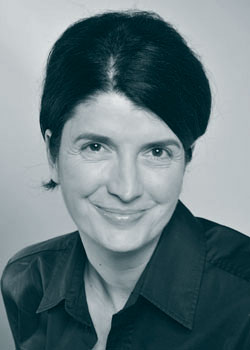 Whether in the spectacular rescue of a speleologist from hundreds of meters deep or in nerve-racking missions on the sidelines of major events such as the G7 summit near Garmisch – these are typical missions for Jacqueline Rupp. Everywhere rescue workers have to walk in front of a microphone and camera after heavy use, where victims and survivors are cared for, or where kidnappings and acts of terrorism are concerned. With her additional training as a mediator and crisis manager, the trained journalist Jacqueline Rupp is one of the most sought-after experts in crisis or extreme situations. In addition to international organizations, she also advises companies such as E.ON.

Jacqueline Rupp learned the journalistic craft at the German Journalism School Munich (DJS) and in the newsroom of the Süddeutsche Zeitung. She worked as a reporter for “Sabine Christiansen” and “Stern TV”, made foreign reports for BR, WDR, arte and ZDF.

💪How important is listening in business life? 🇬🇧 Andreas Kleinschmidt a London based Trainer and Mediacoach discusses with DIKT CEO Dr. Nikoai A. Behr the new trend to listen more carefully to your customers and employees. Video: youtu.be/aBocASbmZnk pic.twitter.com/bMfj…