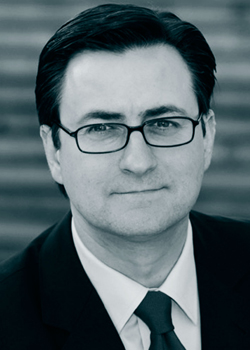 Since 1990, PhD in political science Nikolai A. Behr has been active in the television industry. Initially as a reporter and TV editor for various channels (including ARD, Bayerischer Rundfunk, CBS, Kirch group), later also as a marketing manager (BR, Kirch). During this time he also carried out the first media training and preparations for TV appearances. Initially only for junior journalists and volunteers, later also for moderators and politicians.

From 2001 to 2007 Nikolai A. Behr was Head of the International Corporate TV of the BMW Group. Since then, he has become even more deeply involved in the effects of TV appearances and interviews. Communication and media training are an integral part of corporate communication in terms of optimizing the internal and external impact of companies.

Behr has been Chairman of the Corporate TV and Video Association (CTVA) e.V. since 2003. He holds a degree in Dipl.sc.pol. Ludwigs-Maximilians-Universität München and a doctorate in environmental policy at the FU Berlin. He has also received an Executive MBA with honors from the TU Munich (program with Columbia University New York and University of Southern California, Los Angeles). From 2008 to 2012 Dr. Nikolai A. Behr first lecturer, later also professor for media management and media economics at the MHMK macromedia University for Media and Communication in Munich. Since 2017 Nikolai A. Behr has been a lecturer in media management at the internationally renowned HFF – University of Television and Film in Munich.

Nikolai A. Behr teaches in German and English and specializes in general media training, interview training, TV training and the preparation of media appearances and presentations to the public. He has so far successfully over 400 board members, executives and communication managers v.a. from the following industries: Agriculture, Automotive, Health, Energy, Finance and Technology.