Placid or Complacent – Is Your Speech Style Like Donald Trump’s? 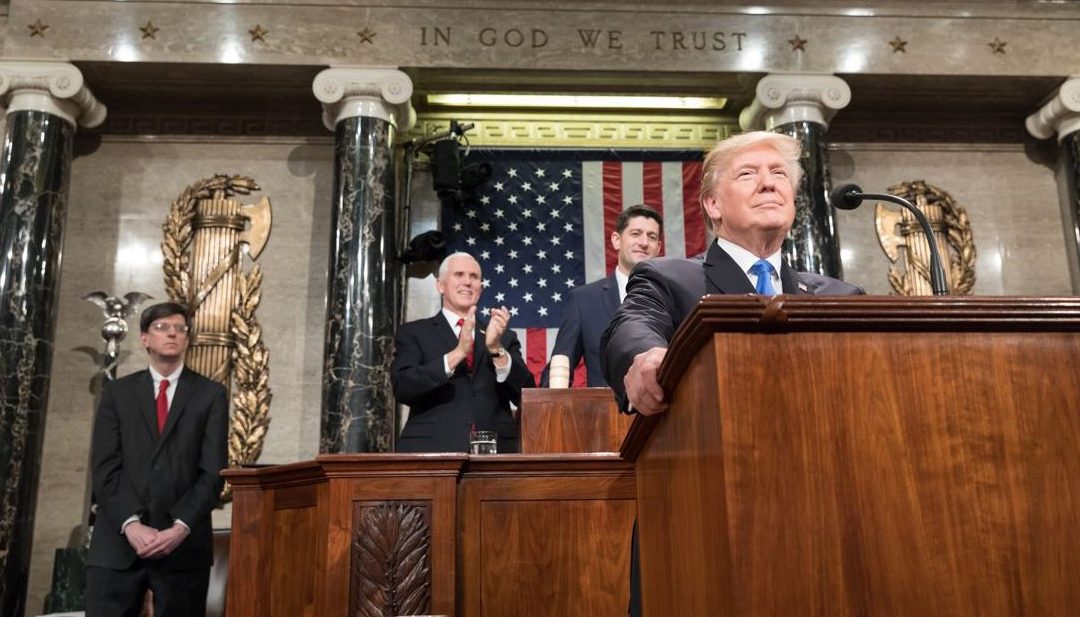 On 31.01.2018, Trump gave his first real speech on the state of the nation. He had announced a conciliatory speech for all parts of society. In the first sentence he emphasizes his vision: “To make America big again – for all Americans” and received a standing ovation.

What followed then was first and foremost a song of praise to one’s own work. His apparent attempts to respond to political opponents were full of complacency. Trump: “And something I’m very proud of: The unemployment of African-Americans, has the lowest rate ever recorded. And the unemployment of Hispanic Americans has also reached the lowest level in history. “As if it were his merit and not that of his predecessor.

The honoring of the guests of honor also follows this principle. In the case of the black welder Corey Adams, he said: “Corey is an absolutely American worker. (…) Like many hard-working Americans, Corey plans to invest his savings in the tax-cuts of his new home and the education of his two daughters. Corey, please get up! ”
He also honors a twelve-year-old patriotic boy who collects money for flags on veteran graves and two Hispanic families who lost daughters in an attack by the MS-13 gang. “Strong Moments” writes The World – “Instrumentalization of Private People for Propaganda Purposes” Spiegel Online calls it.

Anyone looking for self-criticism or statements on critical topics in this speech will be disappointed. What remains of Trump’s attempt at reconciliation is a lesson in provocation. “This is our new American moment,” he says, for example, or, “If all Americans are together, we can achieve anything.” These words may seem cynical to many viewers, considering that Trump has split the country, unlike any other president before.

Trump places his attacks in the speech between the lines. In doing so, he avoids the attack surfaces he so often offers by appearing reactionary and uncontrolled. He acts sovereign and statesmanlike and formulates concessions to the Democrats. These are not serious. That the president is not interested in a meaningful discussion, shows his first tweet after the speech: “45.6 million people watched – the largest audience of all time.” A blatant lie.

Every speaker must find his personal style of speech. But you should keep in mind that the rumbling and provocative style à la Trump will only bring you short-term success. Sustainable and collaborative rhetoric based on empathy will be more successful in the long term. The trainers of the DICT will gladly help you to develop and perfect your personal style of speech. Contact: office@medientraining-institut.de

Image: Trump at the State of the Union Address (Source: whitehouse.gov)