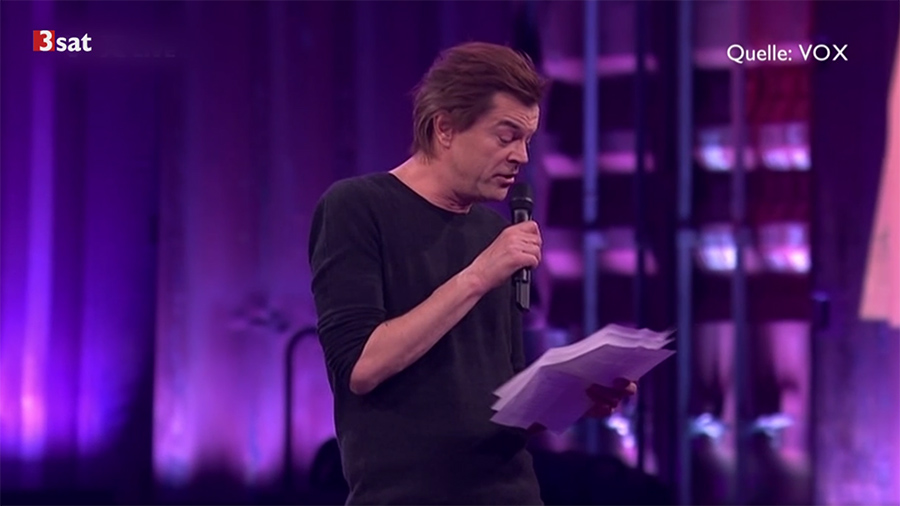 If we want to deliver important messages, we should come across sovereign.
Only then will our content be optimally received and retained by the audience. But especially in important or dangerous situations, we often can not retrieve our optimal performance. And that is a pity! So what do you do against stress and nervousness?

To the controversial echo nomination of the scandal rappers Kollegah and Farid Bang Tote pants front man Campino has made a statement. Even though it has succeeded in content and arrived at the audience: Campinos was very nervous.

Initially, the frontman had received the echo and apologized for the lack of colleagues who are already preparing the China tour. Then he announced that “he likes to get rid of a few things that are important to him. “I do not want to lose myself in the process, so they check on me for making some notes with notes on them,” he continues, starting to unwind and unfold a few pages of paper from his pocket.

What Campino recites is very brave and in any case was not easy in this situation. First of all, respect for his courage! Its non-verbal effect, however, could have been improved. Especially against the background that his visible nervousness was unabashedly exploited afterwards.

“Although he makes his short speech very clear and clear, he sent clear signals of insecurity:

For the audience, such a clear expression of nervousness is unpleasant. It is harder to listen because our mirror neurons make the speaker feel the tension in our own body. And what happens then is fatal: we can follow the content less well. Important messages are lost.”

Campino looks very honest and humane through his performance. But the rapper Kollegah uses his visible insecurity shamelessly afterwards:

After receiving his echo, he wagged his papers wildly and aped Campino. He played to a moral authority, he criticized and then offered a caricature of Campino with halo for auction for a good cause. The next day, he follows Instagram and calls Campino “the eel-eel” and “flitterman”.

This superficial form of criticism is outrageous and not an everyday example. But it shows how important and strong the effect of nonverbal signals is.

If you want to improve your speech, please contact us.

Milena Hardt has been successfully working as a voice and presentation trainer for executives, lecturers, politicians and presenters for ten years. The speech scientist with a master’s degree in rhetoric has for many years been offering a special training in which you learn how to deal more calmly with performance stress. Her tailor-made training is not only based on scientific principles, but above all on her many years of practical experience as an actress and a professional speaker.

Nobody has to put up with performance stress! Learn long-term and well-grounded methods in order to speak freer and more relaxed in front of the audience in the future.

With the help of brain script GmbH, the DICT has developed a VR program for the overcoming of stage fright, which has recently been used successfully by customers.